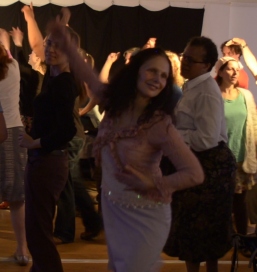 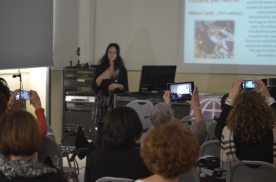 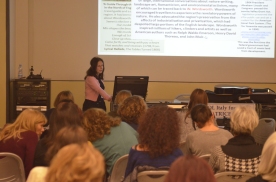 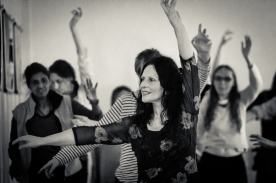 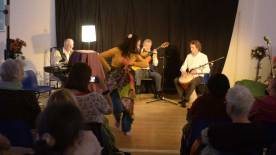 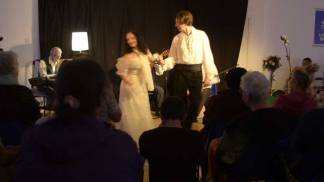 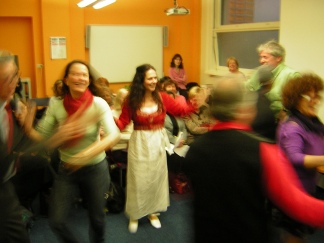 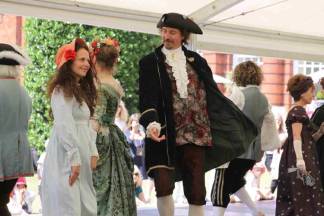 Ariella Uliano is one of Italy’s best loved singer-songwriter, a lecturer and dancer.
Ariella is also the author of five CDs published by MusicariE:

A.U. (almost) a Compilation is an eclectic and beautiful collection of contemporary material and traditional ballads performed with a pure and unaffected soprano voice in English and in Italian and accompanied by rich orchestral arrangements. Ariella Uliano offers us a breathtaking and original artistic product, perhaps her best to date. Special Edition with portfolio book!

Ariella Uliano – Leave Only Your Footsteps Behind

“Southbank River Song is a London song. I was inspired by the atmosphere of the South Bank area. I often go there and mingle with the crowd: it’s like walking in the air, above the sound-waves of soft voices and footsteps…

I travelled to Italy in the early Spring to finish this album and stayed two weeks at a small resort on the Adriatic coast. At times the Adriatic Sea reminds me of the Atlantic ocean, the mist and the northerly winds carry an element of magic…..that’s where we recorded House Carpenter, Allan Water and The Wraggle Taggle Gypsies…..” Ariella

I was charmed by the ‘Footsteps’ CD, having spent 25 years living in Edinburgh and as a former guitarist myself, I was especially intrigued to hear your versions of the Scottish ballads, for which I think the clarity and precision of your voice is very well suited. Les Sklaroff, Cameron House Books, Isle of Wight

Leave Only Your Footsteps Behind, there is much more to it than a “standard” C&W song. Wraggle Taggle Gipsies, great arrangements, O My Love & House Carpenter, again great arrangements in the style that I’ve come to expect from you. I find La Siminzina hauntingly beautiful. Untitled is still my favourite song. Paul, London 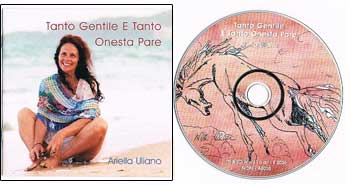 Ariella Uliano’s Tanto Gentile E Tanto Onesta Pare (My Lady Looks So Gentle And So Pure) links together the tradition of Celtic and English balladry with the poetry of Medieval and Renaissance Italy.

Ariella Uliano’s new album…Amazing, Amazing, Amazing! Pure poetry to my ears, the lyrics and instrumentals are fantastic and send you to another world of calm and peace! Here the Italian Dante & Beatrice, Gaspara Stampa & Lorenzo De’ Medici meet our Celtic and English Ballads’ heroes during an imaginary and fascinating pilgrimage across Europe. Tanto Gentile is a must buy. S.K., Surrey 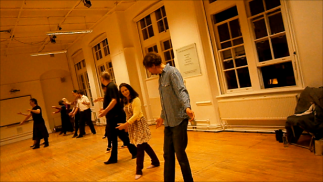 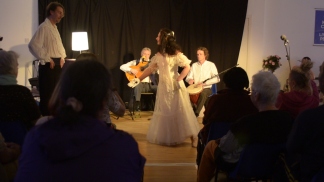 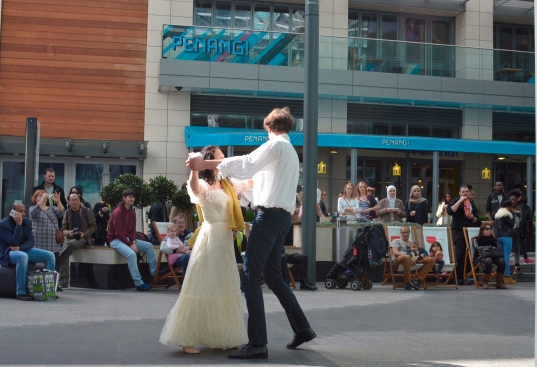 …. a blend of European music smoothly spanning the ages as well as countries, featuring Ariella Uliano, an Italian lady with a beautiful voice that glides effortlessly from Folk to Classical without any strain.

Tanto Gentile E Tanto Onesta Pare (My Lady Looks So Gentle And So Pure) is a collection of 13 songs that move from the Italian Medieval to a touch of a Honky Tonk Piano in a 15 century Italian ballad and can also introduce a Mexican style bit of trumpet playing into the title track. Ariella, who is bi-lingual has penned three songs and set to music words by the Italian poet and courtesan Gaspara Stampa.

On top of that Ariella is also a finger style guitarist playing her own accompaniments, reminiscent of Victoria de Los Angeles.

In Tanto Gentile, Dante’s meeting with Beatrice is set against a very English background… The booklet includes photography by Renzo Frontoni.

Ariella Uliano also lectures at the British Council in Italy and studies period dance so she is well steeped in the diversity and harmony of European cultures.

The Italian actor Stefano Paiusco gives a superb reading of an excerpt from Dante Alighieri’s Inferno from The Divine Comedy, his voice will send shivers up your spine.  Paiusco also reads from the Renaissance poet Angelo Poliziano and Lorenzo De’ Medici. B.H. Editor, London, UK

Ariella Uliano’s CD: a thematic album in the Celtic tradition that is exquisite. The Wandering Spirit has songs, dances and poetry from the English Renaissance and Shakespearean eras with participating artists from Italy, Greece, England, Wales and Ireland. Fresh and inspiring.

The booklet’s notes and lyrics are in English and Italian. The Wandering Spirit is set in Verona and opens with the banquet at the Capulets’ house. This is Celtic heroine Ariella Uliano’s most ambitious and alluring work to date and is a must-buy for folk and Celtic enthusiasts as well as lovers of English literature.

Enchanting Music. Graceful, melodic and spellbinding. Ariella’s ‘The Wandering Spirit’ makes you glad there are artists who still make music like this. Lilting flutes and pleasing acoustic guitar join with elegant voices, solo and chorus, carrying you away from the hurly-burly world of traffic jams and stressful-work… The album quickly won the hearts of every member of our family, including teenagers more accustomed to the thump and grind of rap music! Richard, Washington DC

Music for your Dreams. Regarding the CD entitled So, We’ll Go No More A-Roving I feel it has reached the music objective: TO DREAM. Ariella Uliano’s voice has the power to bring us into a far away world that we can begin to know thanks to her artistic performance. It’s Romantic at its best! GIOVANNI BUCCI, ALANNO, ITALY 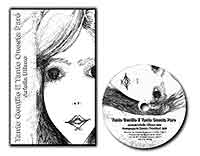 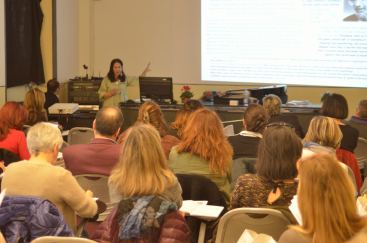 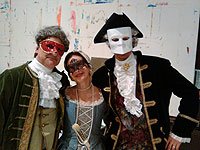 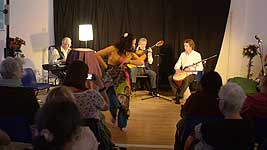 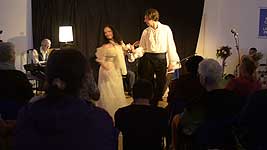 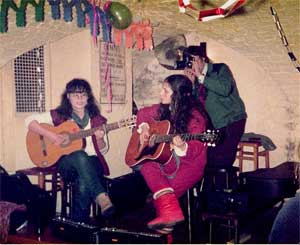 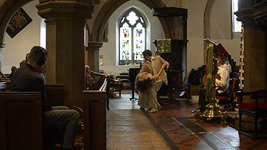 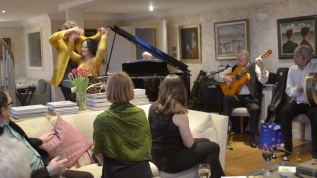 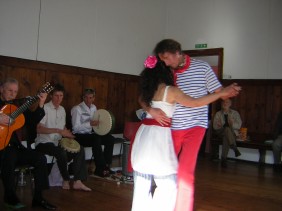 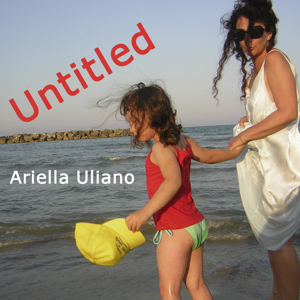 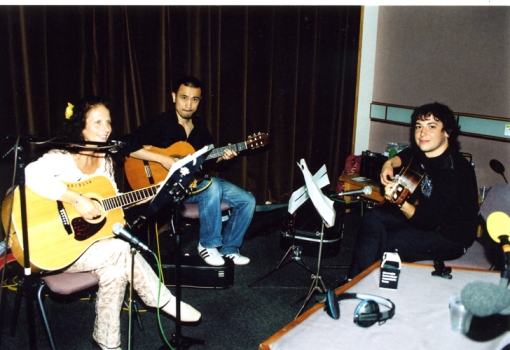 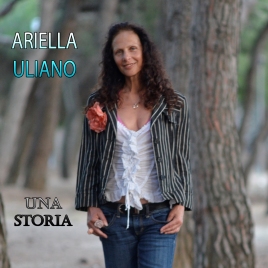 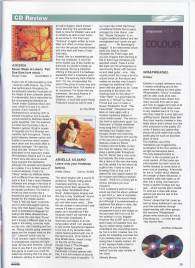 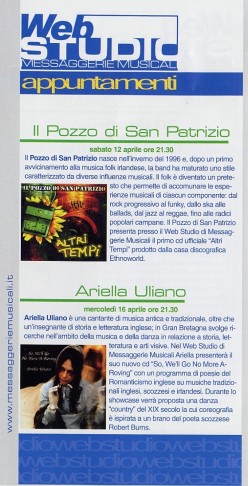 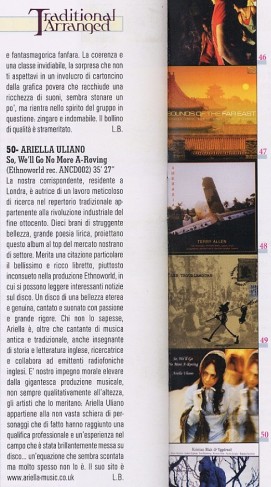 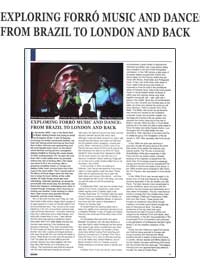 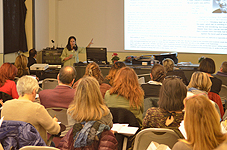